If Not Now, When?

I recently read an article in Explore Magazine in which Will Gadd asks the question, “Why are action sports progressing faster than any other sporting activity?”

Will Gadd, by the way, is the guy who climbed the wall of spray ice at the edge of Niagara’s Horseshoe Falls in the winter of 2015. 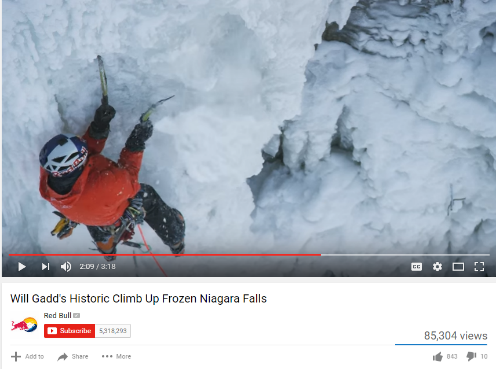 It goes without saying that he knows a thing or two about action sports and taking risks.

The assumption is that this leap is a result of tech improvements: better bikes, sleeker skis, etc., and Will concedes that improved equipment is a contributing factor. But that alone, he says, does not explain the exponential leap in performance. What used to be a radical drop of six feet on a mountain bike is now a drop of over 60 feet. Paddling a kayak off a waterfall 100 feet high has now become a jaw-dropping 200+ feet. Now a wing suiter in nothing more than a glorified batman suit can poke holes in the atmosphere.

All very impressive, but here’s where Will really got my attention. He attributes these improvements in performance to three developments whose timelines just happen to coincide with enhanced accomplishments.

So what does all of this have to do with Verto360, construction and you? I thought you’d never ask.

As in sport, the construction world has seen vast improvements in materials, tools and methods. “Thank God for the Tapcon,” one general contractor recently quipped. And yet, in some ways, construction is still bogged down in convention.

Should we be expecting changes in performance? Yes, and here’s how:

And here’s the good news: We have all these elements in place at Verto360. We use them for all our construction projects. And we are seeing the kinds of improvements that parallel what’s happening in the world of action sports.

Being the impatient type, I can’t wait to see this leap in the construction world at large, where productivity (aka performance) is still stuck in the slow lane.