In 2011 Paul Fitzpatrick left a prosperous career at Royal LePage to do something different when he realized there was no future for him with his current employer.

He was joined by three colleagues who saw and liked what he was doing shortly after making that decision. Within 90 days they had boot-strapped themselves into a space on Lewis Road in Guelph, Ontario and started growing from there. Three years later they bought out one of their competitors, Peak Realty, and merged with them at their space on Farquhar Street, also in Guelph.

Paul had considered buying that building but decided that it wasn’t going to work for them. There were parking headaches and it was a less than ideal part of town to run a real estate office out of. The parole office was in the same building. So where to next?

“Coming here (Junction Building built by Granite Homes – 7 Edinburgh Road South) was the vision I had locked in my brain 10 years ago and Verto360 was instrumental in helping us lay it out and bring it to life.”

Prior to Verto360’s involvement Paul was concerned that the design was going to be too corporate, too sterile. After we talked, Paul felt that we understood where he was coming from.

The challenge now became how to get the ‘vision’ that had been locked inside Paul’s brain out and reflect it back to him in a way that he could easily understand and say “Yeah, that’s what I’m thinking of, that’s what I’m looking for.”

Verto360’s designer Brittany Mikel used DIRTT’s proprietary software ICE to design, engineer, render and price At Home Realty’s new office. She was able to show Paul what his office was going to look and feel like using 3D renderings as well as walking or ‘flying’ him through the space in real time.

Paul was able to make comments and changes in the moment as he was virtually touring his new office and able to see the financial impact his decisions were having. He was also able to share his vision with his staff and his builder.

When I interviewed Paul for this Case Study, he described the experience this way in his own words: “You guys get it. You understood where we were coming from. And, you know how we laid it out. And then, with the glass and everything it just started to come together.”

Things have evolved at Verto360 since we did our work with Paul. Today we’d be taking virtual reality to the next level using Oculus Rift goggles and the ICE Reality app. These tools allow us to project a hologram of the ICE file into space that can be viewed and walked through by using your phone or iPad as a portal.

I remember having those conversations with Paul as we were flying through his new office and asking, “Does the reception area feel big enough?” and him responding “I think the reception area may be a little too close to the front door and might feel a bit small.” Then based on Paul’s feedback Brittany was able to make the changes.

“If I were to do it again, that’s the kind of stuff (VR) I would be looking for because, having built it out and even though we made changes and tweaked things as we were building it. Now that I’ve lived in the space, and actually been able to walk through it, again there would be things that we would probably change to make it much more efficient.”

“The response from the team has been good. You know, there was a bit of push back initially about the wide open space, but once everybody got in and saw all the private space and variety of workspaces that were here, it made it easy for them to adapt.”

“The clients love it. When they come in and see how we’ve set up the reception area, they see the boardroom and meeting rooms, they love the space.”

“I realize now, because I’ve built a couple of houses, the difference between building a house and building out a commercial office space. The timelines are different, the whole thought process is different.”

“Everyone that we worked with, including you folks at Verto360, and Mike and Granite Homes, I couldn’t have asked for a better experience.”

“You guys did a brilliant job! I love the materials. It took me some time to wrap my head around the budget, but I’m glad that I did what we did and found the budget to do what we needed to do because it made a huge difference so, Thank you.” 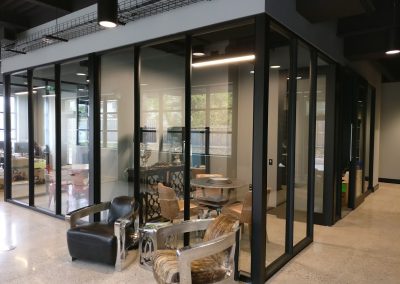 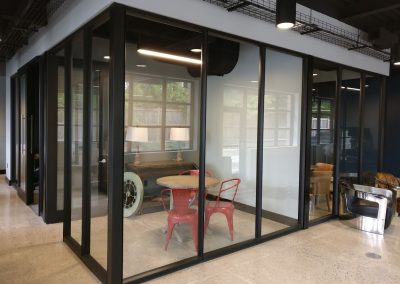 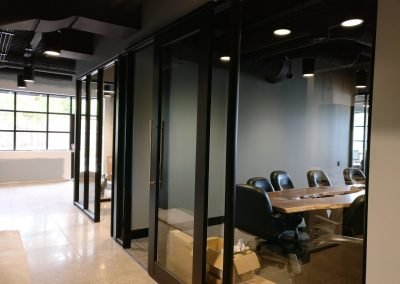 Let’s start a new project together

Contact our experts today and start your journey to your new space. Not convinced yet? Check out a few more of our projects using the navigation below, or on our main Portfolio page.